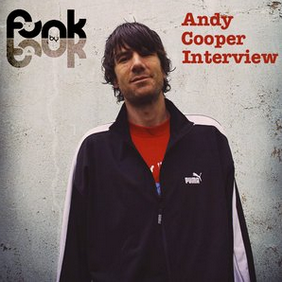 The excellent Funk by Funk show featuring an interview with a talented MC I have a LOT of time for, Andy Cooper from Ugly Duckling

Reason (of a few probably) why he's a good guy - Long story short, around 2011 they did a gig in a small town called Hastings where my brother lives. My nephew (who was around 14 at that time) didn't really listen to much music, but LOVED UD, couldn't stop playing their CDs. My brother who's a big UD fan knew some people at the club and after hearing that my nephew was a fan but too young to enter the gig, Andy invited us down to their rehearsal and had a long chat with my nephew and signed a few records for him! Top guy!

Edit - Finally had a chance to give this a good listen - Love the way Andy controversial points the finger at B.I.G, 2Pac, 50 Cent and co for the pop direction they took Hip Hop in. Well worth a listen for this alone. He also makes some good points about Dilla and the sound he inspired. I wonder what the blinkered Dilla fans will make of his statements...

Some footage from that gig below. We were lucky that there were barely 30 people there, great small audience for us!