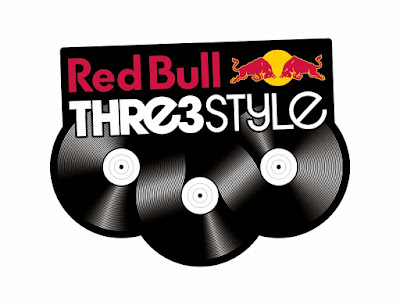 I'm a fan of pretty much all DJ'ing, regardless of what type of music is going on and when I can understand what the DJ is doing! (happens less and less with all the tech these days admittedly).

Whilst it's probably still a close third to the DMC's and IDA comps I do still check the entries for the Red Bull 3style comp every year too and had a look at some of the Lucky Bastid (wild card) submissions, here's some that are well worth a watch....


Edit - I did start this post ages ago but only finished now. I don't think the winner has been announced yet so still well worth checking out these suggestions, let me know which ones you like!


This one has only been made public recently but I'm always keen to see these sets from DJ's who first came to prominence in DMC or other battles because they're often so well-rounded and clean and you know they'll find innovative ways to show off/implement their cuts.

No disappointments here as one of the UK's finest DJ Matman shows off a bit of everything; trick mixing, playing with loops and cue points and of course comes with the real skills - Check QBert's guest appearance towards the end!


Some really smart wordplay and flipping of great ideas here... Most will remember Killa-Jewel for her crazy faderless scratches as a guest on Qbert's DIY DVD series back in the early 00's.

Here she shows off the party rocking skills to compliment her scratching for all the people who didn't get the chance to catch her live shows. There's fierce competition this year but I really hope this one gets the credit and mentions it deserves come judging time!

What can I say, if you haven't heard of JFB yet I'm not sure how you ended up on this website! This is a massive coup for Red Bull if they get him performing at the finals (his FB upload had almost 900k views alone) so this will be very hard to beat.

Skills are second to none as you'd expect from the reigning joint UK DMC champ, and he pulls off his set pretty much flawlessly I'd say. After the first minute or so I thought he might be overdoing the tricks for the Red Bull crowd - The bottom line is the DJ has still got to make the crowd dance or at least move, but he then goes into a solid and varied selection of tunes and minimal tricks - I think it's a perfect balance in the end and really impressive set that's going to take something very special to beat!

Trayze has a few 3style titles under his belt and the Beat Refinery DJ instructor shows how it's done with a clever and well put-together party rocking set. I knew it would be tight given his resumé but was really pleasantly surprised with some nice creative and innovative details here.

He showcases scratching skills with both hands (which seems rare these days) and effortlessly goes between tracks and genres as he never looks out of his comfort zone in this well polished set.


As-one's sets are always entertaining, some fresh ideas and a lot of innovative uses of tech. His tutorial vids for the Beat Refinery are also worth a watch for any aspiring DJs. He's got great stage presence and is a DJ who looks as comfortable rocking a party set as competing in a DMC battle.