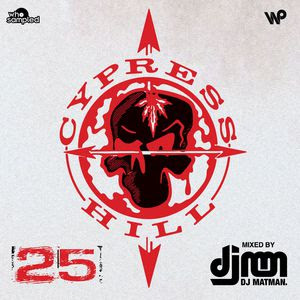 Top stuff from London's DJ Matman with one of my fave albums ever, courtesy of Whosampled & Wax Poetics

"This week (13th August 2016) more precisely marks the 25th Anniversary of the release of Cypress Hill's self titled debut LP, the album which launched the career of one of the West Coast's most successful hip hop groups. Produced by Soul Assassin DJ Muggs, the album is heavy on the funk samples, providing a drum heavy backdrop to B Real's nasal delivery and Sen Dog's trademark adlibs.
In keeping with tradition we've teamed up with Wax Poetics to present this exclusive mixtape of album tracks, alternate versions and of course original sample material, mixed by DJ Matman.
Discover more Cypress Hill samples on WhoSampled here: http://www.whosampled.com/Cypress-Hill/ "