London's Kutclass kindly took some time out of his schedule to answer some questions on his label Cut & Paste Records and all things scratch-related, read on for some deep insights into the UK scratch scene and beyond and be sure to check his work afterwards! 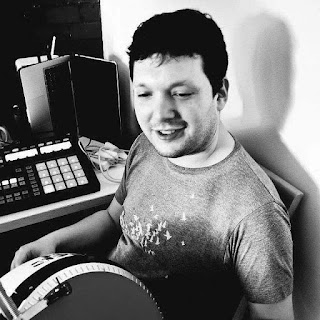 - How many years have you been scratching?

- What got you interested in scratching, and who influenced you back then?

- And who influences you now?

KC - In the 2000’s I was heavily influenced by some of the technical cutters from Europe, people like Muzzel, Tigerstyle, SilkKuts, RedJacket, R-Ash, Troubl, Dbeam, Rafik, Unkut, and Kurteek in the US. Also crews making music from cutting like C2C, Noisy Stylus, Birdy Nam Nam and the Ned Hoddings / Gunkhole stuff. I still check vids of the latest cutters but more recently the influence is coming from the people that I’ve been fortunate enough to cut with – I’m always learning something new from someone, either a new cut or ways to hype an audience.


- You've had the pleasure to scratch with some of the UK's finest and beyond, any memorable sessions or DJs that really impressed?


Most memorable has to be the DMC after-parties just for amazing drunkenness + skills and security staff fun hahaha. Also Lewis James's 2013 Community Scratch BBQ really sticks out in my memory, a set where he stunned the room using the turntable to control a synth (I think) making the deepest scratch music I’ve ever heard – I’ve still no idea how he did that!

- Which scratch DJ(s) should we watch out for in the future?

Just to name a few as I’m gonna forget a ton of people (sorry) … In the US it’s Dopez – dude has got so good so fast and is still young. In the UK there’s Tableturnsmore and Symatic are coming up as amazing tablists, P-Nuts who’s been battling for a while and just keeps getting better, Naive Ted / Grandeurs of Delusion / Djackulate / Jimmy Penguin / Danny Depo / Fidel Cutstro the whole CSG (Community Scratch Games) crew are all a bit slept on but make amazing music. In Europe there’s ElectroFood and Noka and both are sick beat makers and cutters, Fakser and Biox out of Italy are great cutters you’ve maybe never heard of and similarly out of Poland - DJ Ben, Krotki, Chmielix and Cutmandoo.

- You're one of the founders of Super Scratch Sunday which I've watched grow from a small jam with mates at someone's flat, to packing out live music venues with DMC world champions in a short space of time. You must be proud of the progress and following you've built. What direction would you like to see it take in the future?

SSS has always been about light-hearted jamming and keeping it free, fun and easy for people to attend and I don’t think it’ll ever change. With the session, for me it’s about making the experience better overall – inspiring venues / showcases, multiple jam spaces, good food / drink, places to chill or simply an up-for-it crowd. With SSS based in the south east of England we’re missing jamming with people that are just too far away, so sorting out something more local to them needs to happen at some point. Ultimately SSS is a great place to meet other cutters - I’ve made close friends that I now do projects with - so similarly I hope that others can make use of SSS as a great spot to connect to create new dope projects and enrich the scratch / tablist scene.

- What have been the highlights for you at SSS or most memorable guest performances? For me it was the post-DMC one in 2013 and the chance to watch champs like Vekked, Mr. Switch and Jon1st up-close.

Yeah, we’ve had some great guests come down just to jam or showcase. Manipulate stopped an entire pub and hypnotised them with scratching, World Champ Mr. Switch previewed some new routines – both pretty special moments. Jon1st and Vekked are homies from Digital Vertigo so it’s always a pleasure to cut with them in person. We did SSS Scratchmas which was pretty epic - full-on Christmas dinner with party hats and pissed dancing to scratch music !! Also we just had the first ever SSS scratch battle, amazing skills by the competitors but importantly tons of fun and hilarious too.

- I know that you've been putting a lot of work into the scratch scene for a while now to help make it what it is – The ScratchDiggers series on Mixcloud, Scratch loops and beats, Scratch vinyl released on Cut &Paste Records, Super Scratch Sunday events and a regular contributor on the Digital Vertigo forum to name a few... have you got time for any more projects and what have you got planned?

Put like that it does add up to quite a bit! All those things I’m planning to carry on doing.. Scratch Diggers is really a homage to TurntableRadio, which I was lucky to listen to at the time I was getting into cutting. I feel it is important to do because I feel like learning how to cut isn’t the same as performing it - there’s a great history of scratch music that still needs to be shared so that people can see what they can do with all that practice outside of a battle context and then for those that are making it a platform to showcase in today. I stopped making beats for a while, but I’m feeling refreshed and have made some new stuff that's going to be on the new C&P looper for Combinations From the Masters. Me and Sy (Symatic) have been working on material and with Darcy D figuring out what we want to put out next and how we’d like to grow and work with more tablists on scratch tools and scratch music. For me personally, i'm heading to the US to soak up some culture and meet up with some scratch heads, so just hyped about that at the moment.

- Is it true that all the sounds on the scratch records you've released were sampled from vinyl only? Is this an approach you're likely to continue with?

Cadence (With Rhythm & Flow) was pretty much all vinyl and everything since is only vinyl. I’d like to record some stuff at some point. But yeah, mp3’s are wack..

- What equipment do you prefer to use, and what do you want to add to your studio and why?

I prefer to use an ultra-pitch deck and records when I’m cutting, maybe it’s a bit of a cheat but I find it makes pitching more expressive. Recently I’ve been thinking of adding a loopstation to the DJ set-up. It’s a great way to jam with yourself and also make music with a turntable quickly. In the studio Protools is my DAW of choice but I’ll sometimes rewire Reason to get to the samplers which I started out on. I’m also using some outboard gear in the more recent stuff, it just sounds better really.


- What's your most treasured record and why?

It has got to be Dr. Octagon 3000 / Bear witness (ft Q-Bert) – purely for sentimental reasons. This was the first record I bought when I decided to get decks but didn’t have them yet. I’d play it everyday when I got home from school and dream about getting decks! Bear Witness is probably one of my favourite all time scratch tracks.

Scratch music-wise the most recent stuff I’ve heard has come from Kpyski, Jimmy Penguin and Djackulate, Danny Deepo and I’m keeping an eye out for any new Grandeurs of Delusion and Naive Ted. General music I’m feeling at the moment is the Footwork / Hiphop/ Jungle crossover stuff that’s going on at the moment, Cosmic Bridge, Exit, Lowrise, Goodstreet, Tek Life, all sick stuff and good to scratch over too.

- Where do you see UK and Irish scratchers in comparison with the rest of the world?

- Scratching and turntablism seem to be at an 'all time high' right now in the public eye, what's your opinion on this, is it a good thing for the artform as a whole?

Is it? I think people interested in turntablism are more connected than ever before and so it gives the appearance if you’re involved that it’s in the public eye. I still think tablism has a way to go and community is a great first step, support the things you love and want to be a part of.

- Where do you stand on the controller and 'real DJing' debate, and what's 'cheating' with regards to DJing for you?

I’m in the 'do what you like but make it dope' category. Tech totally has a place but it think it's best used to add to the experience or elevate your technique and not as a prop or a short cut to practise.

- You're one of the most technical scratchers I've seen in online battles, when you sit down to record a routine what's your thought process, ie- are you trying to make it as technical as you can or musical or a bit of both for example?

I’m still trying to figure the formula out to be honest. I feel 'cause it’s a battle the difference has got to be down to difficulty of technique and flow.  I like to try and show my most advanced cuts in a scratch battle and try my best to flow over the beat rather than baby (scratch) my way through a cool line of samples.

- Any tips for someone learning to scratch, or the best advice you ever received?

There are loads of great resources now to learn technique, but to progress with that my tip would be this – EVERYONE hits road blocks in scratching, its up to you if you want to stay there or get past it even if that means sucking for a bit. I love when I suck at cutting now 'cause it means I’m learning new stuff 

- Are there any practise routines you have?

I’m normally learning a new cut so I’ll typically hammer that, then have a session flowing trying to work that new cut in.

- Where can people find you?


For all things cut and paste the links are below …