So I felt like starting this mix off cutting up doubles off the dark sounds of J-Rocc & Med's "The Set". If you never had the chance to watch a J-Rocc show, please do it.

Although he was a major contributor in a striving battle scene from the mid 90s onwards J-Rocc clearly knew he had strengths aside from technical scratches or juggles that no one else could touch, and focussed on team battling with the Beat junkies, but really came to the forefront in the DJ scene with his "trick mixing" style - rhythmical ways to chop up two copies of the same record, or creative ways to bring in the next track. I'm finding it hard to think of anyone ahead of him even now now in that niche...

Someone asked me if some of the cuts on this mix were mine, sadly not - the ones he was referring to are Kid Tsunami on the cut on his tracks - aside from being a dope producer he's obviously a bad man on the cut as well.

Anyone following this blog knows I'm a big fan of Apani B Fly - no surprise "Number 1 Sound" is included this month then! Grateful too to Murs for dropping a couple of dope free downloads this month. "Finding my Way" by Choicest Cuts debutant XO sounds dope too, even if his voice does remind me a lot of that Lupe Fiasco guy.. I'm a huge Basketball fan and love references like the "i'm Glen Rice from the corner 3"one in "Tesla" quickly followed by "twisted like Dub C chin hair" which made me chuckle! (WC of Westside Connection). 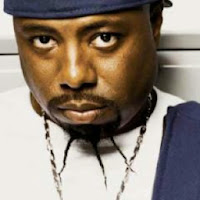 Whenever I hear Krillz, I can't help thinking how much Castle sounds just like Last Emperor on Secret Wars! It's uncanny!

Cookin' Soul are pretty big here in Spain, they've done a lot of dope remixes and 'Crooklyn" is no different. I love Hifana, (a two-man Japanese crew made up of KeizoMachine and Juicy) their music and DJ sets are so crazy, creative and bugged out, and KeizoMachine is an absolute beast on the drum pads...


Jorun Bombay worked wonders on "Rampagers" putting together Diggers With Gratitude's finest - Emskee, Oxygen and Phill Most Chill for their remake of the EPMD classic.

if you can't relate to Ka's video, you're probably not reading the right blog!